Our village is discussing sustainability measures!

UPDATE: since this blog post was made, the trustees have proposed the seperation of the BYC ordinances from the other sustainable measures to be discussed on 7/25.  Therefore, depending on what the trustees decide on 7/23, any of what is posted below may not be discussed at all on the 7/25 planning commission meeting.

If you were planning to come to the 7/25 meeting in support of any of these measures, please susbscribe and further notice will be given as it is known.

The Village trustees have decided to have open forum on whether the Planning Commission should allow residents of Mundelein several new sustainable city planning ideas.  These include: apiaries (bee hives), wind farms, backyard chickens, and urban farming among other sustainability practices.

There has been quite a bit of heated debate among our own trustees on whether to allow some of these measures.  I understand their concerns.  I'm sure the people who first introduced recycling ran into push back, and push back.  The trustees in their ambivalence have decided to allow the public to influence the decisions of the planning commission, and then the end result of what the planning commission compiles will be voted on by the trustees on a future date.

I just wanted to touch on the apiaries(bee hives) and backyard chickens for a moment, since they are the ones the trustees couldn't agree on, when I went to observe an earlier meeting. They were split 50-50.


While I am neither for nor against apiaries, I truly do understand the reasoning for them in sustainable city planning.  There is a huge problem going on.  Just do a quick search for "colony collapse disorder", and the results are more alarming than zombie apocalypse. 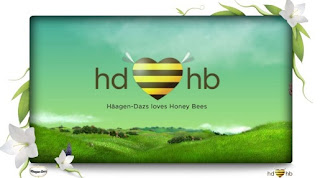 Häagen-Dazs ice cream has a "save our bees" campaign

This is a video from 2007, and the narrator says

"you may not have heard much about it, but you will".
It is now 2012, and some still have not heard of colony collapse disorder.

I am unsettled by this very real fact that honeybees are

dying all around the world at a shocking rate,

and without some help on our end, we could be facing some very

In response:
The Waldorf Astoria is now cultivating bees in their densely populated new york roof.
Towns and villages are changing ordinances to allow them for the greater good of protecting our food supply.
The city of Chicago is very densely populated, and they are encouraging people to build and maintain apiaries. 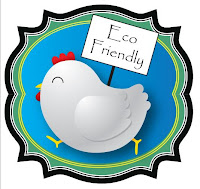 Backyard Chickens:
As readers of my blog know, I am partial to having backyard chickens.

Listed below are the most common concerns voiced by people against having pet chickens.
I've tried my best to include facts, and sources.

Facts:  The main rule for keeping urban chickens is “NO ROOSTERS ALLOWED.”  Hens do not make a ruckus in the morning like their male counterparts and they are fast asleep in their coop by the
time the sun goes down. (As you probably know, hens do lay eggs
without the aid of a rooster.) Hens make a soft clucking noise
that is less noisy than a barking dog or a leaf blower.

Myth:  Chickens are messy and smelly.
Facts:  Chickens themselves do not smell. This is a fact.  It is only
their feces that has the potential to smell which is also true of feces
from dogs, cats, rabbits or any other animal that is outside.
A 4-pound laying hen produces 0.0035 cu ft of manure per day.  According to FDA, an average dog generates ¾ of a pound of manure a  day that cannot be composted because of the harmful bacteria and
parasites (hookworms, roundworms and tapeworms) that can infect
humans. This waste is considered a major source of bacterial pollution in urban watersheds.  Source:  http://www.pacshell.org/projects/petwasteinfo.htm#facts.
The reason people fear an odor problem is because their only experience with chickens, if they have any at all, is on a farm or commercial poultry operation. Under these circumstances, hundreds if not thousands of chickens are sometimes kept in crowded conditions with poor ventilation and without proper cleaning.  As a result, ammonia can build up and these facilities can stink.  There is a huge difference between these environments and the the very popular and rapidly growing sustainable backyard chicken movement.

Myth:  Backyard chickens will decrease property value.
Facts: There is absolutely no evidence that keeping pet hens within
the ordinance guidelines would have any affect on property values.  This is property rights issue and while it is necessary to protect neighbors from any potential nuisance, homeowners should have as much freedom as possible with minimal government interference.  If property values decreased with backyard chicken keeping, why would major cities like Atlanta, New York, Chicago, Los Angeles, Las Vegas, Madison, WI, Denver, support backyard chicken keeping?
Urban chicken keepers, like all good pet owners, are concerned about how their chickens might be affecting their neighborhood. They want their chickens to be a positive experience for everyone and they make
an effort to keep an open dialog with their immediate neighbors to ensure any concerns or issues are addressed. The American Poultry Association advises that the rights of neighbors must be considered
when raising chickens in the city, and that structures and materials  used should blend into the neighborhood’s existing structures. Chickens can be kept in a yard so inconspicuously, that it may not be apparent that chickens are even around. There are eggs to share, and a chicken coop in the neighborhood can actually be a conversation starter, and thus it can enhance a neighborhood community.

Myth:  Chickens will create a health hazard.
Facts:   In the US,  there is no need at present to remove a flock of
chickens because of concerns regarding avian influenza. The U.S.
Department of Agriculture monitors potential infection of poultry
and poultry products by avian influenza viruses and other infectious
disease agents.
H5N1 virus (Avian Flu) does not usually infect people, but since November 2003,
nearly 400 cases of human infection with highly pathogenic avian influenza A
(H5N1) viruses have been reported by more than a dozen countries in Asia, Africa,
the Pacific, Europe and the Near East. Highly pathogenic avian influenza A (H5N1)
viruses have NEVER been detected among wild birds, domestic poultry, or people in
the United States.  Source: www.cdc.gov/flu/avian/
Research shows more diseases can be spread from dogs and cats than from chickens.
Dogs and cats can spread parasites, bacteria, fungi and viruses to humans. Rabies,Cat Scratch Fever, ringworm,Roundworm, hookworm, tapeworm and Giardia intestinal are intestinal parasites that can be passed to humans from pet waste.  There are also a number of tick-borne diseases that can be brought home from dogs and cats like Lyme disease and Rocky Mountain spotted fever. Chickens can actually keep your yard healthier because they eat ticks and insects.

Myth:  Backyard Chicken Keeping is a fad.
Facts:  Chickens have been domesticated since 10,000 BC and have
played an important part of life ever since. Many of our grandparents
had victory gardens and knew how to grow vegetables, can food, and
raised their own chickens.
Raising hens in the backyard is a tremendous opportunity for parents to teach their children about the responsibility that comes with caring for a pet and because of their small size and friendly demeanor, young children can easily handle hens without the fear of being bitten.


Why are backyard chickens so controversial?
http://news.change.org/stories/why-are-backyard-chickens-so-controversial

Backyard chicken keeping requires extensive planning and preparation. You can’t just go to the pet store to get chickens like a dog or cat or any other pet.  It takes a great deal of time to conduct all the research, build a coop, acquire all the necessary feeding and watering supplies and then to finally get the chickens themselves.
(all myths and facts were from this PDF: Backyard chickens - Common Myths)

It is an interesting time to be meandering about on this earth.  We are understanding the consequences of our actions, and taking measures and planning to stop harming our living conditions.   Fear of the unknown could be calmed by knowledge, and facts, but only if there is mutual respect and an environment fostering communication.

My personal belief is: the sustainable city planners that we hired are the experts.  If we paid them for expertise, why not listen to them?  My hope is that these measures all pass in some way, with regulations and ordinance guidelines.  I've always been an advocate for the greater good.  Sometimes it's harder to do the right thing than to "do it the way we've always done it".

and a big thank you to the village of Mundelein for even considering these new measures.  :-)

For a list of all the new zoning changes, and considerations by camiros city planners, click here: http://www.mundelein.org/pdfs/2012/Zon_Ord_Pub_Hear_07_25_12.pdf