That No-Knead Bread recipe : If I can do it, anybody can.

So there's this recipe floating around the Internet...

It's for this crusty rustic bread that can be made at home simply, and with little effort.
My friend Tony sent me the recipe last year, since I was tossing around the idea of making my own bread instead of buying it from the store.  I read it, saw all the waiting involved, and went "pffft" and threw it into the recipe box.


Fast forward to a few days ago, when my friend J posted pictures of
"Le no knead bread" 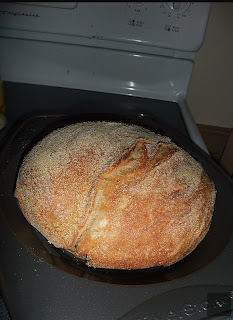 and I was like "Woah J, you did that!?  that's soooooooooo awesome!!"
and it looked so good. Sooooo freakin' good that, well, I got bread envy. I got it baaaad.   It had that chewwy panera bread look. The nooks... the crannies... I rebuked myself for my own laziness, and shook my fist in the air. AS GOD IS MY WITNESS, I WILL TRY THIS RECIPE!


So, I decided I have amassed enough culinary experience that I could surely tackle this no knead bread recipe... right? 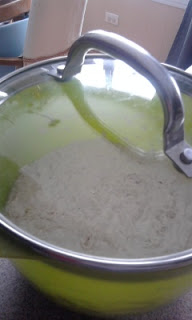 12 hour mark. Mrhhmmmm.... it's not exactly rising. Hopefully nothing's wrong with the yeast? 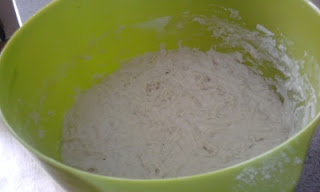 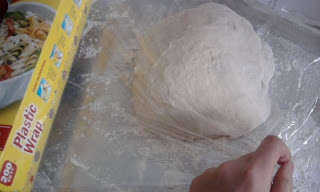 Fold over a few times on a floured surface, and loosely cover with plastic wrap for 15 minutes. 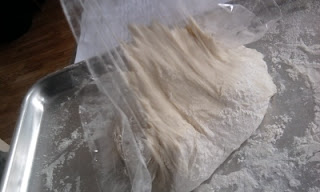 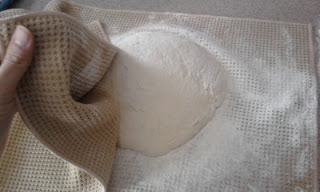 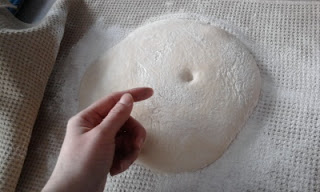 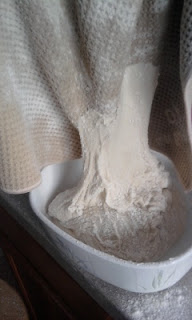 Look at how it's glued to the towel!!!!!! Fuuuuuuuuuuuuuuuuuuuuu
::scrapes it off, again::
into a pot/castiron/enamel/pyrex that was in the oven as it preheated.
:( I don't own anything like that, so this casserole dish will have to do (OMG there's so much fail in this). 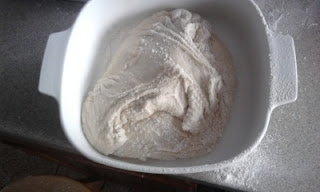 :Sigh:  Bread, I am disappoint. 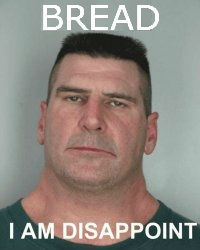 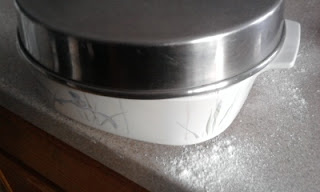 I don't have any bakeware with a lid, so this inverted cake pan on a casserole dish will have to do :\
And threw it in le oven. Welp here goes.. who knows what'll come out. 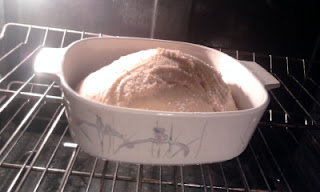 After 30 minutes you take off the lid. WTF~!?
It looks like... like there's a chance! That yeast WAS alive. Whaddaya know?!
Another 30 minutes and take it out! 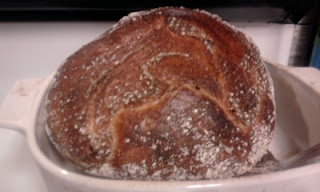 45 minutes later, because I'm le horrible and forgot all about it as I was surfing the 'net, I
Ran downstairs to the smell of slight burning, and it wasn't too bad.

Verdict:
Even with failing at every step possible, the kids and I ate it all. 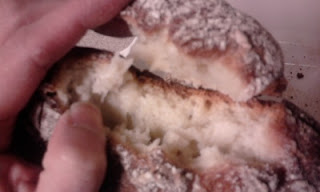 Here I am breaking off a piece to see how it looks inside... and give it a test sniff. 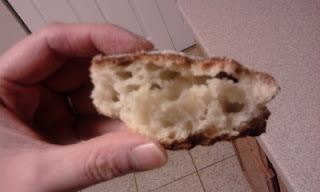 Oh wow.. look at all those nooks and crannies. It's a miracle! a no knead bread miracle! 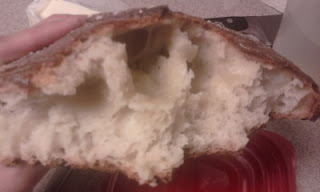 Close up of air pockets perfect for eating with home made jams, and buuuuuuuuuuuuutter.

The skin was a little too hard because I burned it, but we ate it all. Surely since you witnessed all this fail, and it turned out OK. That means you too should be able to replicate with much success!!! 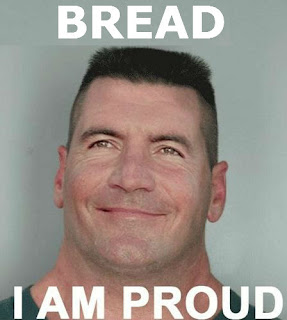